B.S. Johnson on the Web

A wealth of information can be found on this excellent website: bsjohnson.info.

Look up B.S. Johnson on Wikipedia for biography and the B.S. Johnson Facebook Page for quick access to the latest information on publication and broadcasting of anything Johnsonian.

Looking for a heartfelt introduction to his life and work in less than 2,000 words? Read ‘The Life of Bryan‘ by Matthew Gidley on Frieze Magazine.

From 1959 to 1973, the writers B. S. Johnson and Zulfikar Ghose regularly wrote letters to each other in which they discussed their own work and literary preoccupations. They exchanged early drafts of poems, short stories, plays and novels, and their correspondence contains detailed comments and extended analyses of these texts, as well as illuminating reflections on literature, criticism, poetics and aesthetics. Though much of the correspondence is an extended literary discussion, it also contains moments of personal revelation, jokes and anecdotes so that the letters, with their surprising asides, are enjoyable to read, even as they inform with their biographical and intellectual content. The two authors also frequently refer to the university poetry journals and literary magazines they contributed to or edited, and they write about the poetry meetings they attended and the writers they met or read. Their involvement in literary groups and their dealings with publishers, editors and agents are indicative of the publishing mechanisms of the time. This correspondence thus not only provides insight into the work of both B. S. Johnson and Zulfikar Ghose, but also conjures up a comprehensive picture of the London literary world of the 1960s.

— Aren’t You Rather Young To Be Writing Your Memoirs? London: Hutchinson, 1973.

(with introductions from writers including Andrew Motion and John Lanchester) 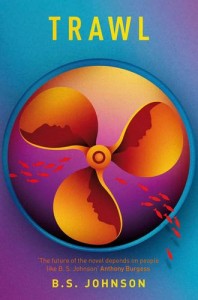 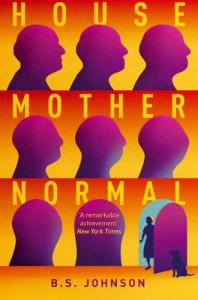 6 plays, journalism, non-fiction and a re-edition of

Aren’t You Rather Young

to be Writing Your Memoirs? 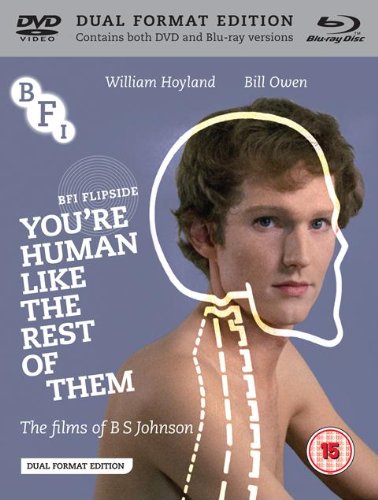 You’re Human Like The Rest of Them, The Films of B.S. Johnson

An extract of the BFI films of B.S. Johnson:

(Special thanks to David Quantick for posting these on YouTube)

B.S. Johnson at the British Library :

The Secrets Are Out

The contents of B.S. Johnson’s personal archive, held at the British Library, can now be searched online through the online catalogue (http://searcharchives.bl.uk). Following a project to describe and preserve the archive which ended this summer, the papers are currently available to be viewed in the Manuscripts Reading Room. You need to have registered for a Reader Pass before you can order items using the catalogue. Please consult the British Library website for further information on using the Reading Rooms and accessing manuscript and archive material.

The collection consists of a wide variety of material covering all aspects of Johnson’s life and work. It has been catalogued in an archive hierarchal structure which means that papers relating to different areas of Johnson’s work have been kept together. However, Johnson’s ideas and interests permeated through his life and work, and consequently through this whole archive. There are endless opportunities for researchers to explore the various strands of Johnson’s work, from fiction, poetry and drama, to film and journalism.

The drafts of his novels reveal that writing was concise from the first draft, but his editing was careful and thorough. He never let any of his words, themes or ideas go to waste, recycling and re-shaping until he had the right form for his message. One example of this, amongst many others, is how his interest in architecture led him to write a novel about Albert Angelo (a struggling architect), review books on architecture and create a television documentary on the Smithsons, two contemporary architects.

The opening up of the archive to the public is the final step in affirming Johnson’s continued legacy. In this year, which saw the celebration of the 80th anniversary of B.S. Johnson’s birth, there has already been a well-attended event at the British Library, a BFI DVD release of Johnson’s films and the publication of the anthology Well Done God!, demonstrating the extent of Johnson’s influence today. Speaking at the event Philip Pacey engagingly described how whenever he met Johnson he was left inspired and fired up to write himself. Now, with the archive open to all, everyone has a chance to experience that infectious, provoking energy B.S. Johnson brought to the world.

The British Library reference number for the archive is Add MS 89001.

B.S. Johnson as read and discussed on the BBC :

(Thanks to theunfortunates.net for bringing these to our attention. More information about the mp3s is available on their site)

A BBC radio 3 reading of The Unfortunates.

The Verb, presented by Ian McMillan.

Jonathan Coe in ‘Night Waves’ on his biography of B.S. Johnson.

Philip Pacey’s on his friendship with B.S. Johnson: